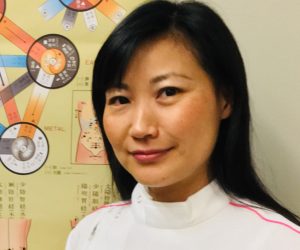 Subaru moved to the United States from Japan in 2013. She was an Acupuncturist and Massage Shiatsu therapist while living in Japan. She graduated Hanada College (The Japan School of Acupuncture, Moxibustion, and Physiotherapy) in Tokyo in 2000. After ten years of running her own successful acupuncture clinic, Subaru decided to relocate to the United States. She is educated in three different styles of acupuncture including Japanese, Chinese, and American methods. She is very experienced in working with a diverse set of clientele ranging from elderly to children. Subaru uses acupuncture to treat a wide range of neurological disorders, chronic pain, and psychiatric disorders.

Acupuncture is an important component of Traditional Chinese medicine used in the prevention and treatment of disease. It was developed in China over 2,500 years ago and was based upon the principle that there was the pattern of Qi through the body, which was essential for good health. There are 14 major Qi pathways, (meridians) which are connected with specific internal organs/ systems. By inserting fine needles (only about three times the thickness of a human hair and much finer than the hypodermic needles used to give injections) at specific points (acupoints) within the meridian system, the energy is rebalanced. The needles cause only minor sensation, like a small prick, as the needle is inserted. Then, your practitioner in Lafayette stimulates the needle, causing you to feel some more sensation. Your practitioner will provide personal care during the treatment to be sure the procedure is comfortable for you.

Traditional Chinese Medicine is based on an ancient philosophy that describes the universe, and the body, in terms of two opposing forces: yin and yang. When these forces are in balance, the body is healthy. Energy, called "qi" (pronounced "chee") flows along specific pathways, called meridians, throughout the body. This constant flow of energy keeps the yin and yang forces balanced. However, if the flow of energy gets blocked, like water getting stuck behind a dam, the disruption can lead to pain, lack of function, or illness. Acupuncture therapy can release blocked qi in the body and stimulate function, evoking the body’s natural healing response through various physiological systems. Modern research has demonstrated acupuncture’s effects on the nervous system, endocrine and immune systems, cardiovascular system, and digestive system. By stimulating the body’s various systems, acupuncture can help to resolve pain, and improve sleep, digestive function, and sense of well-being.

Moxibustion is an analgesic technique in which moxa, a flammable substance derived from the leaves of wormwood plants, is ignited on the skin. The technique is intended to warm regions of the body, as well as stimulating blood circulation and energy toward acupuncture points. It is often used, but not exclusively, as a supplemental treatment to acupuncture.

Cupping is a treatment utilized by Traditional Chinese Medicine to aid the body's natural process of filtering the blood and stimulating the bone marrow to replenish the supply of red blood cells. Cupping is used both for specific ailments, such as muscle tightness, acute sprains and as overall prevention.

The process consists of the practitioner heating up one or several glass cups, and then placing on the patient's skin to form a vacuum under the cup. Although this treatment causes initial bruising of the skin, and some suction sensation, patient won't feel any discomfort. It is also used combining with acupuncture and Chinese herbs.

Call to schedule an appointment for acupuncture in Lafayette today! 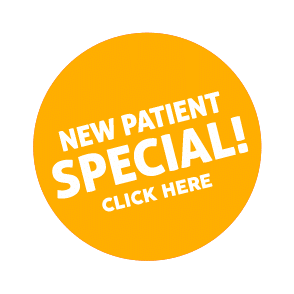